Investment in fixed assets increased by 0.7%, with the investment structure showing nominal growth in all types of fixed assets except non-residential buildings and structures. Equity remains the main source of capital investments for large and medium businesses.

The Russian transport market shows a trend for stronger competition and shrinking of areas dominated by rail as the main mode of transport.

Airlines are penetrating the segment of routes under 1,000 km by streamlining fleet operation and optimising travel costs and times.

At the same time, intercity coach services expanded on routes under 700 km, which are mostly not covered by regular trains.

In 2019, the share of rail in the total long-distance passenger traffic on domestic routes declined by 0.7 p.p. year-on-year (1.2 p.p. down from 2017). FPC’s share also decreased to 35.5% (36.4% in 2018). The downward trend is driven by an accelerated absolute growth in domestic air traffic facilitated by aggressive pricing policies of airlines, aircraft fleet renewals, route network expansion, as well as governmental support of air transport (from financing air transport infrastructure and aircraft fleet development for regional and local air carriers to providing direct subsidies for operating certain regional and long-distance routes).

This leading tendency is caused by the absolute growth of transportation volume on domestic routes, helped by aggressive pricing by air carriers, the renewal of the fleet, expanding the route network and the implementation of government measures to support air transport (from the financing of the development of aviation infrastructure and aircraft fleet for regional and local air transport direct subsidies to a number of regional and long-haul routes).

Growth in domestic air passenger traffic slowed down considerably in 2019 compared to 2018.

To address the negative trends and retain its competitive edge in the passenger services market, FPC works to improve customer experience, replace and upgrade its rolling stock, and accelerate trains while also focusing on its Dynamic Pricing Programme, RZD Bonus Loyalty Programme (including for corporate customers), and launching marketing promotions for both the regulated and deregulated segments.

The passenger traffic between Russia and the CIS and Baltic states on trains made up by foreign railways has trended downward, with a 5.5% decline in 2019. Growth (of more than 5%) is only seen in traffic to and from Kazakhstan (12.1%) and Uzbekistan (6.4%). 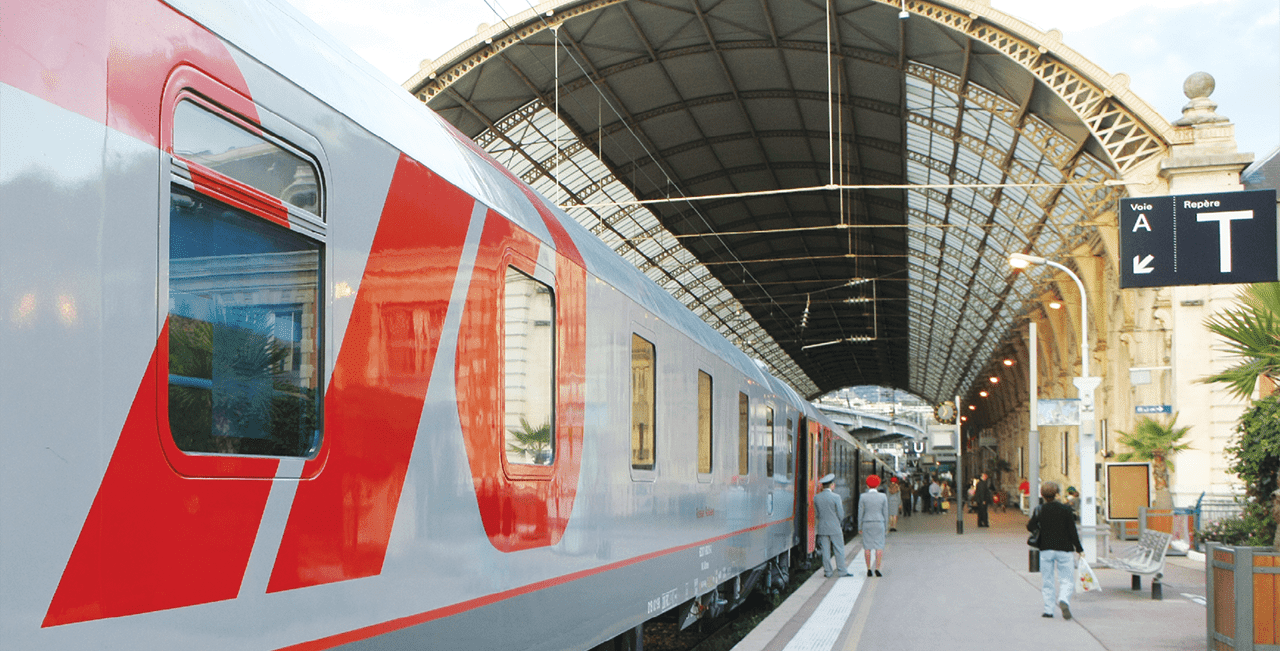 Overall, international passenger traffic amounted to 97% of the 2018 level, with 95% for the CIS and Baltic states and 114% for other countries.

The key destinations generating high passenger traffic with the CIS and Baltic states are Belarus with 32% of the total number of passengers carried, Ukraine with 20% and Kazakhstan with 17%. Ukraine’s share decreased by 5% while passenger traffic between Russia and Ukraine dropped by 19% year-on-year.

The most significant year-on-year decrease in international passenger traffic was on routes to and from Ukraine (19%), Lithuania (18%), and Kyrgyzstan (11%).

The highest passenger traffic growth was on routes to and from Mongolia (18%), Finland (16%), Italy and Germany (each 7%).